Results with splits are HERE

PreO results (with apologies for the delay)  HERE

Thanks to everyone who supported the club today.

As you’ll appreciate, the parking and bussing arrangements took a lot of man and womanpower and only by having a thriving small club were we able to put the event on.  Apologies to those people who were held up after we lost one of our minibuses to a damaged tyre – the side wall had quite a gash in it, was already soft, and we deemed it unsafe to carry passengers in.  We would have changed the tyre but the spare proved to be impossible to get out, so I’ll be having words with the hirer. 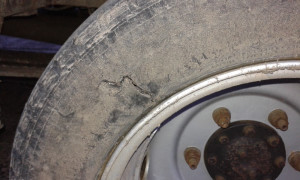 On another safety note though, I was concerned that many people went off to Elibank with insufficent clothing and got cold hanging about.  Whilst the buses would have been more frequent with 3 of them I still think some of you should have taken warmer clothing in a bag and left it at the tent in the forest assembly.  Lesson over !

Lots of thanks are due but I’ll keep it simple – all the club members who willingly helped out and in many cases didn’t get a competitive run, Tweed Valley Mountain Rescue Team, Robin Strain for his Sportident expertise, Walkerburn Rugby Club for the Hall, and the locals who were happy for us to park in the village,  You may have noticed the turnips round the rugby club – they were washed down in the December floods which shows you how high the water was.  Your parking fee will be going to the local community council.